These signals are designed to tell you when a bull or bear market may be approaching.

Both signals have predicted, with scary accuracy, major downturns and upturns after being triggered. How Are the Signals Triggered?

Prior to triggering a Bull signal, the Stock State Indicator (SSI) Red Distribution was greater than or equal to 60%.

After that, the Red distribution sank below the 60% threshold.

So, a Bull signal can be triggered when the SSI Red Distribution drops from at or above 60% to below 60%. 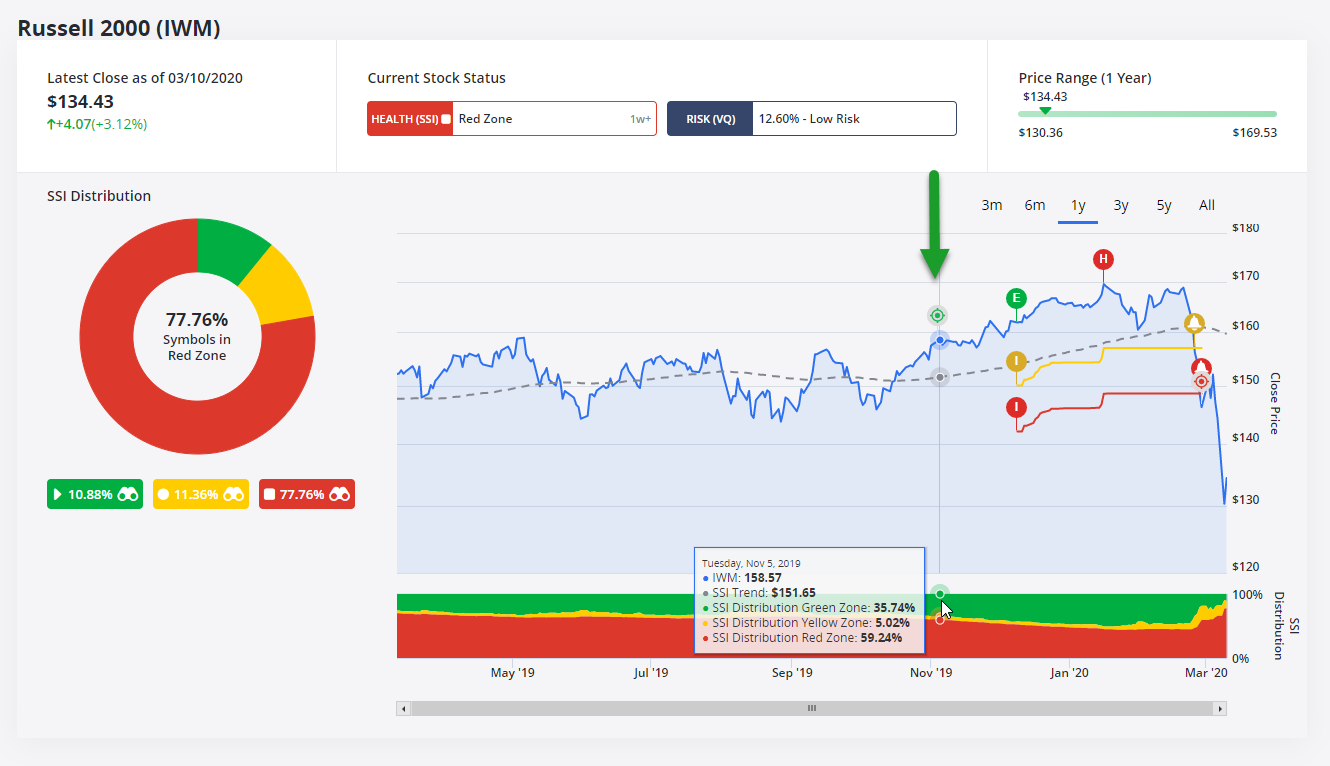 Note: A Bull signal can be triggered while the overall market is still in the SSI Red Zone.

Bull Signals can also be triggered when the overall market triggers an SSI Entry Signal. So, a Bull signal can be triggered when:

There are two requirements for a Bear signal to trigger:

Beyond these two requirements, there are some time elements to consider.

First, the SSI must trigger a stop loss. Then, within two days, the SSI Red distribution must be at or above 40%. If these conditions are met, a Bear signal will trigger.

Below is an example for when the S&P 500 triggered a Bear signal on the same day it was stopped out. This is because the SSI Red Distribution was already over 40%. Ideas by TradeSmith can help give you the mental fortitude to weather whatever the markets throw at you. Our Bear signal can help you prepare for coming market volatility, and our Bull signal can have you poised to take advantage of market gains.

Please reach out to us at sup[email protected] if you need any help.